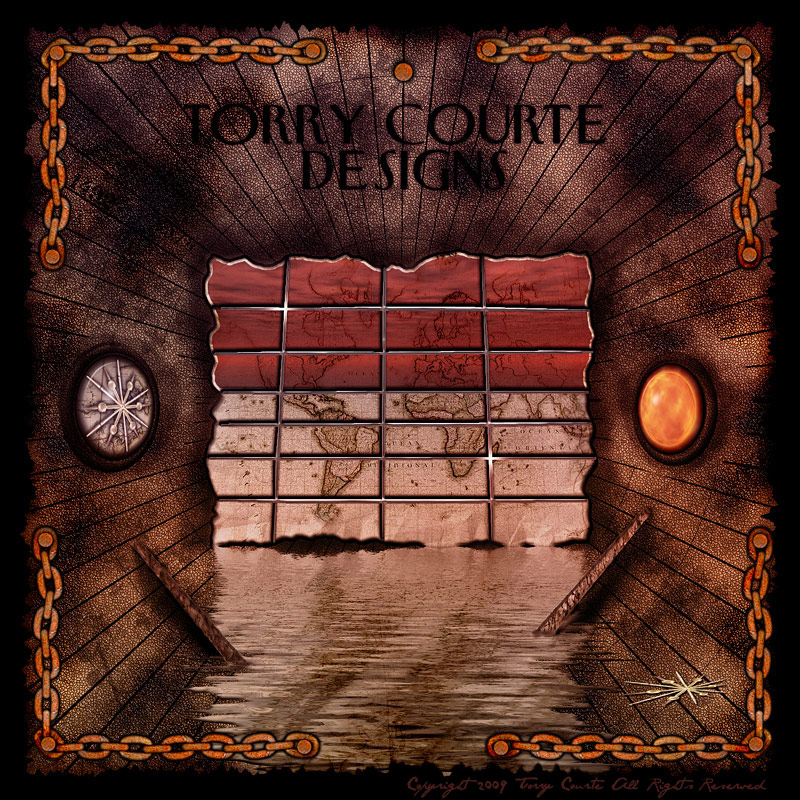 This is an illustration piece that was painstakingly designed entirely in Photoshop, with the exception of the map element.

The concept was loosely based on the idea of early exploration and “discovery” of new worlds. The image was created to give the perspective from the inside of an old wooden ship, with a window looking out to a view of the ocean. There were two versions of this piece. The second version includes rusted nails and chains which were also created in photoshop. The bars and chains to me represented the misery and evils of slavery, a practice which can’t and should not be ignored in the history of the early explorers such as Christopher Columbus.

The primary purpose of this illustration was to experiment with perspective and depth in photoshop, to try and create a psuedo 3d environment in a 2d program. The entire piece took approximately 12 hours of work to complete.