Website Layout for Nickelback by Torry Courte for their “Dark Horse” Release. 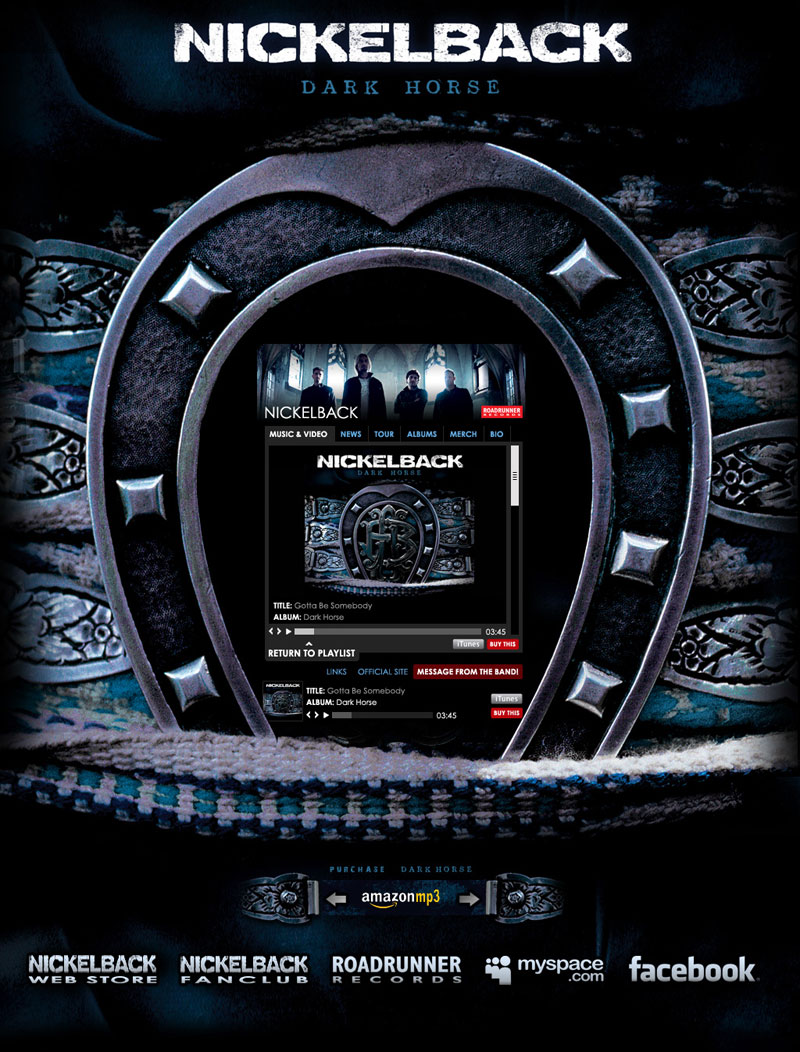 This design project was a simple website layout done for Roadrunner Records recording artists “Nickelback” for their 2008 “Dark Horse” album. The layout was entirely based around the existing album artwork and photographs provided to me, and involved breaking down those elements in photoshop, and creating a layout that would work for their website. The layout needed to encompass the website “widget” for the site, which ended up going inside the belt buckle photo. There were several comp images that were created for the site, two of which are shown on this page. 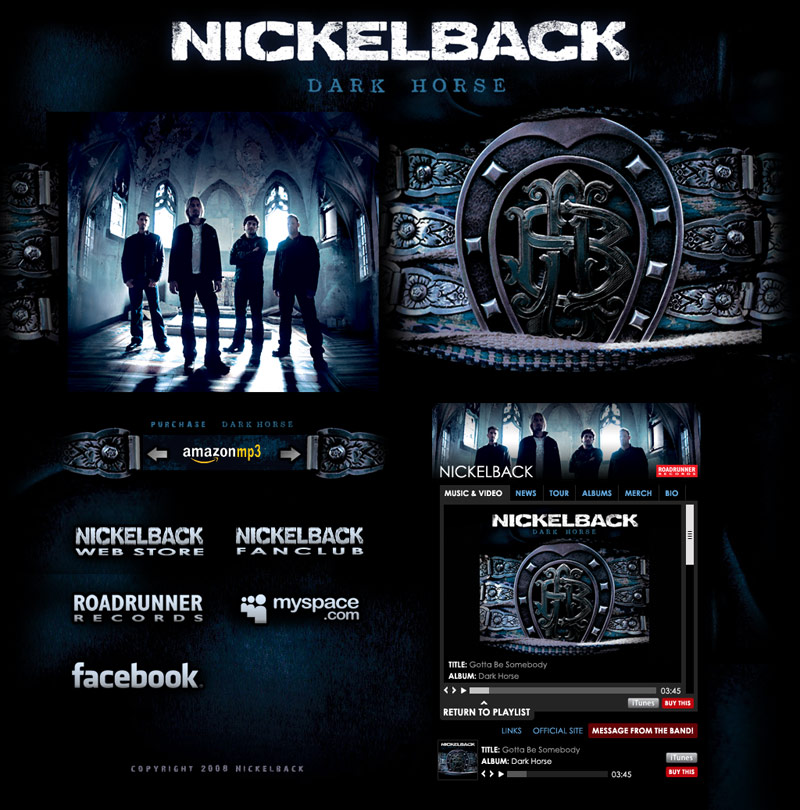 You can view more of the work I’ve done over the years for Nickelback and other artists at http://torrycourte.net