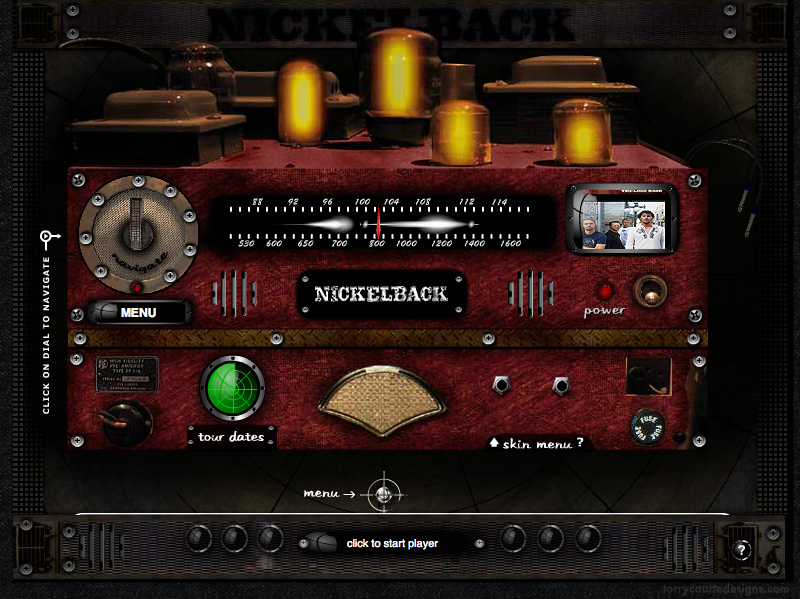 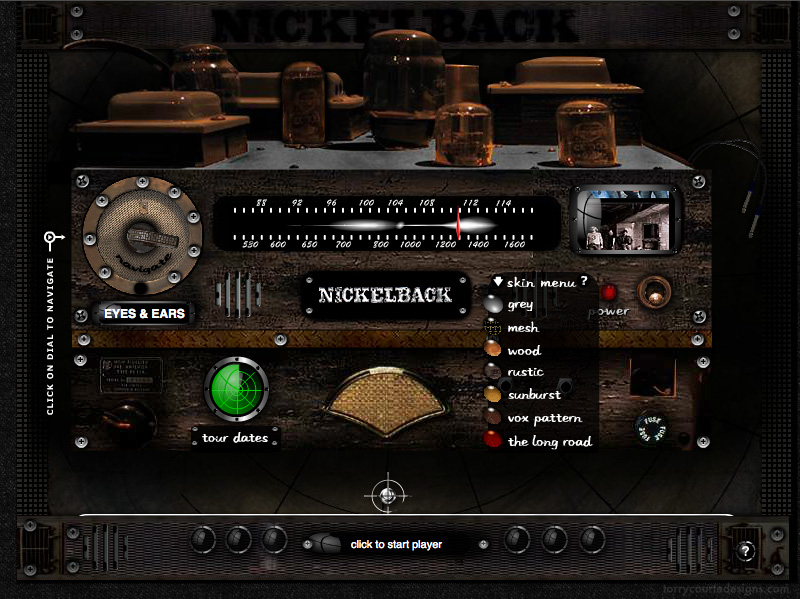 Details:
This is the website designed and developed for Roadrunner recording artists Nickelback. This site was created for “The Long Road” album cycle in 2003.  I was approached by Chief and Ryan Peake about designing a new website for the band at the recommendation of a mutual friend. They had recently achieved major success with “How You Remind Me” so it was a great opportunity to work on such a high-profile project. Ryan Peake was a big Weezer fan, and I remember from our initial project meeting that he had liked the quirky nature of Weezer’s website they had back then, which was an interactive flash experience for the end-user. We wanted to create a site for Nickelback that was immersive and interactive for fans to explore.

The site itself was incredibly challenging to develop, requiring not only a lot of graphics work, but a large amount of programming and testing. This was during a period where computers were still somewhat limited in CPU power, and a lot of people in the United States were still using dial-up internet connections. Because of that, we ended up creating a high bandwidth and low-bandwidth version of the site to accommodate those users. 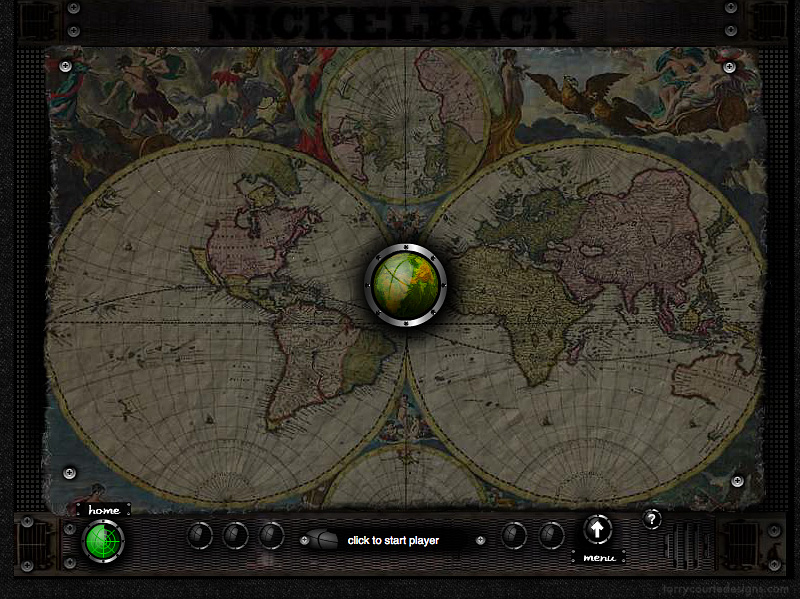 Features:
The site was loosely designed to look like a vintage radio. The inspiration was an old tube preamp that a friend of mine had in his studio I was working in. The actual tubes along the top were from a photo I took of that preamp. The rest was done in Photoshop, and coded in actionscript. One of the distinctive features was the ability to “skin” the radio, which would set a cookie to remember your skin setting next time you visited the website.

The site had a music player, news section, tour dates, biography, as well as a photo gallery.